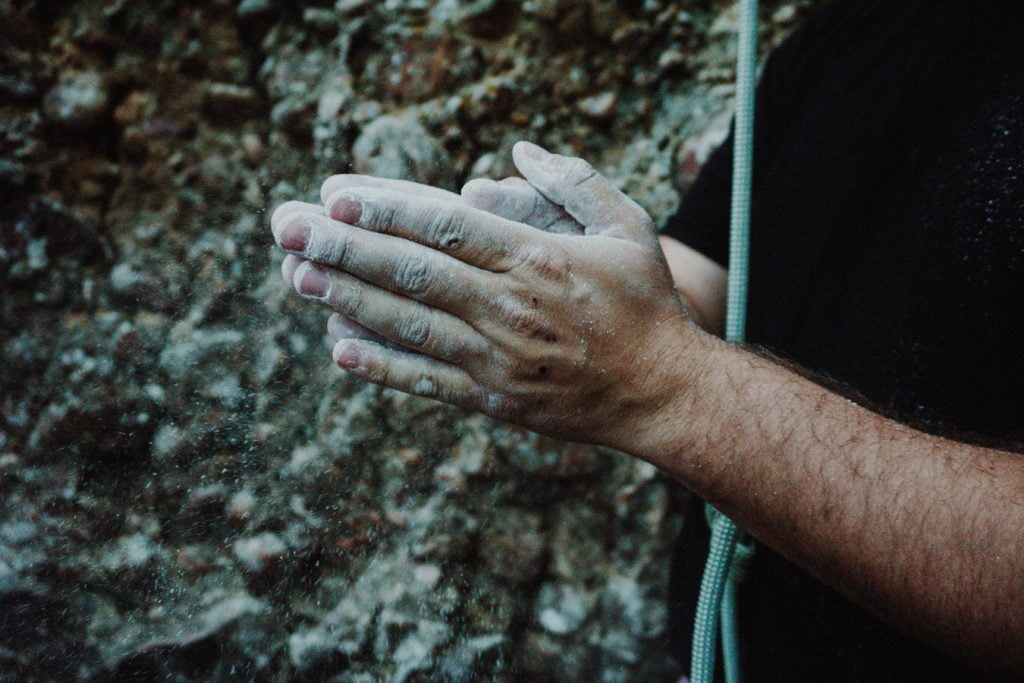 Every climber knows how important chalk is.

…and every climber has, at least once, given the classic “I slipped off” excuse.

When you’re pushing your limits, you don’t want anything to hold you back. You want it to be just you, and the climb.

Now, if you’re a regular climber you’ll have at least heard of liquid chalk before. Perhaps you’re wondering if there are any benefits to it.

Or perhaps you’re a newbie who’s looking for that extra edge.

The truth is, there are actually some benefits to using liquid chalk over the tried-and-true staple of dry chalk that most climbers swear by.

And yes, some climbers even swear by liquid chalk.

But it isn’t without its downsides, as you’ll soon see.

Why Use Liquid Chalk?

Liquid chalk is lighter to carry around than regular chalk, and unlike a bag of regular chalk, it doesn’t coat absolutely everything around it with chalk dust back at home.

But there is one reason to use liquid chalk over dry chalk which stands out far above the rest.

And that is that it lasts longer. Much, much longer.

Of course, this depends upon how much your hands like to supply themselves with their own natural WD-40.

Some people find that one application of liquid chalk is enough to last a whole session, but the least you can expect is a solid 20 minutes of grip.

Liquid chalk isn’t magic. There is a reason why it lasts so long, and that reason is what gives it its downsides.

How Does Liquid Chalk Work?

The key ingredient in liquid chalk is isopropyl alcohol.

Isopropyl alcohol is practically a sponge for water and grease. That’s right – it’ll absorb every last trace of slipperiness from your hands.

And what’s more: it’s readily absorbed by the skin too.

If you put these two points together, you can easily see what makes isopropyl alcohol so special in the context of climbing.

It works as a kind of antiperspirant for your hands that not only safeguards against sweat, but also traps chalk into the surface of your skin.

This means that all you have to do is apply it once at the start of your session, and then you can just forget about it.

The way that isopropyl alcohol works is that it disrupts the bonds between water molecules, reducing the amount of energy required for them to evaporate.

What this means is that isopropyl alcohol actively evaporates water off your hands, leaving them dry, grippy, and ready to climb.

Once the water has evaporated off your hands, the isopropyl alcohol evaporates too, leaving behind the chalk that it’s mixed with.

The great thing about this is that it’ll already be soaked into every last pore in your hands. The sheer coverage that liquid chalks gives you is second to none.

However, as mentioned before, there are some potential downsides to liquid chalk that relate to its use of isopropyl alcohol.

The Drawbacks of Using Liquid Chalk

Liquid chalk is interesting in its drawbacks.

It’s unusual, because for most people, there are no drawbacks. The vast majority of climbers can use liquid chalk freely without worrying about the condition of their hands.

However, for some people, the isopropyl alcohol can cause skin irritation because it makes their hands too dry. It’s essentially a bit too severe for what they need.

If you have naturally dry hands even while climbing, you might be one of the few people who have this problem. The easiest solution, of course, is to use less liquid chalk.

Besides, you’ll probably find that “less is more” when it comes to liquid chalk. That is to say, it doesn’t take much to dry out your hands nicely and provide that extra grip you’re looking for.

This will also help mitigate one of the other downsides to liquid chalk: that it always has a slight scent of alcohol. Many liquid chalks contain added fragrances to mask the alcohol, and they really do cover it up completely.

However, some people are put off by the idea of their hands smelling like scented skincare products, while others can get headaches from strong fragrances. Liquid chalks usually smell pretty nice though, and I’d see that as more of a pro than a con. 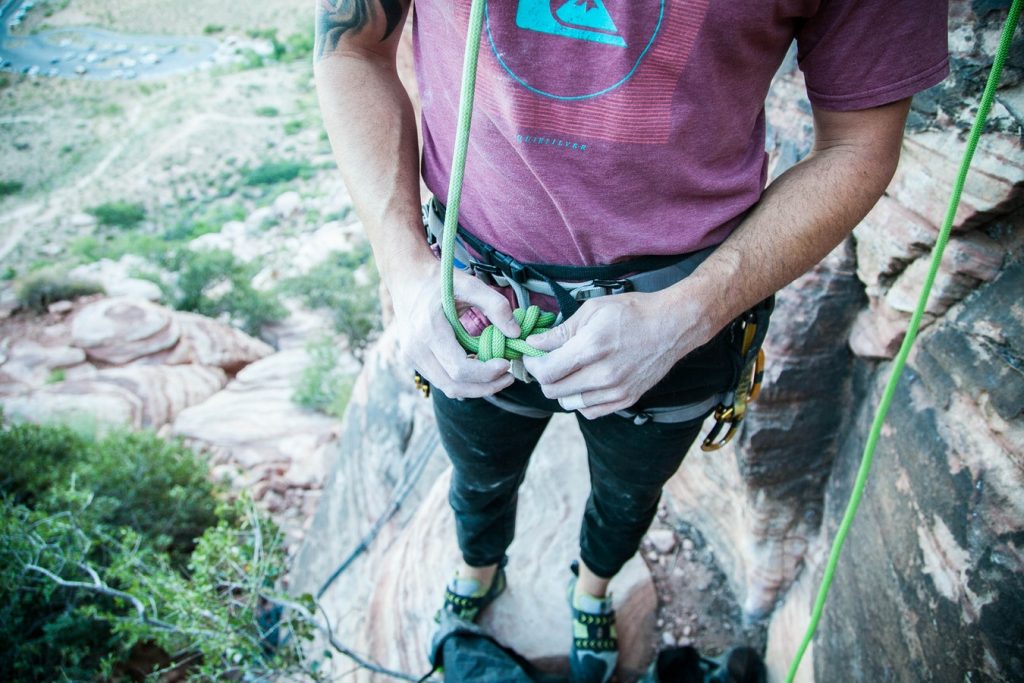 The Best Way to Use Liquid Chalk

If you’re a climber who’s looking to really maximize their grip, there is a trick to using liquid chalk which I think you’ll love.

It’s especially useful for longer or more difficult climbs. If you’re tired of having to find a resting spot so you can chalk up again, and you’d rather just focus on sending the route, then this is essentially the only way that you can do that.

The trick is simple. Use liquid chalk at the start of your climbing session to create a base layer of grip, blow on your hands to get them nice and dry, and then chalk up on top of that with your usual dry chalk. The liquid chalk will act as an antiperspirant layer throughout your climb, and at the same time it’ll keep the regular chalk on your hands and off the holds.

The advantage to doing this over using a larger amount of liquid chalk, is that liquid chalk can tend to get sticky if you use too much. You’ll also run the risk of drying your hands out too much, which can lead to your skin cracking and peeling.

The only downside to doing this is that you’ll have to carry both liquid chalk and dry chalk with you, though you won’t have to carry either of them on you while you’re actually climbing the route, so you’ll be saving that valuable bit of extra weight to give you an edge in your mobility.