Stainless steel is the top choice, but you should never mix it with zinc plated steel bolts. Enviro hangers also remove the visual impact of bolting.

When you’re looking to get some bolt hangers, there’s something super important that you need to keep in mind.

That is… that you can’t just use any bolt hanger with any bolt.

The reason for this is that bolts and bolt hangers are always made from either zinc plated steel or stainless steel… and the two are completely incompatible.

It’s called galvanic corrosion – also referred to as “contact corrosion.” Basically, whatever you’re using that’s made of normal steel, will end up with a pit in it from where its had contact with the stainless steel, before the stainless steel itself begins to corrode as well.

Actually, no. It only looks like it has a corrosion-causing problem. The issue is only when you mix your metals when placing bolts.

In fact, out of the two you can choose from, stainless steel is easily the best choice because it’s harder, less brittle and less prone to corrosion in general. Strange isn’t it? But yeah, that’s just how it is. Stainless steel is just the better material.

However if you already have some bolts, just pair them with bolt hangers of the same material, whether it’s stainless steel or zinc plated steel. Both will do the job just fine – as long as you don’t mix them.

For those who want to make use of what they already have, I’ll show you the best bolt hangers for both materials anyway.

Okay, let’s start by taking a look at the best overall bolt hangers. 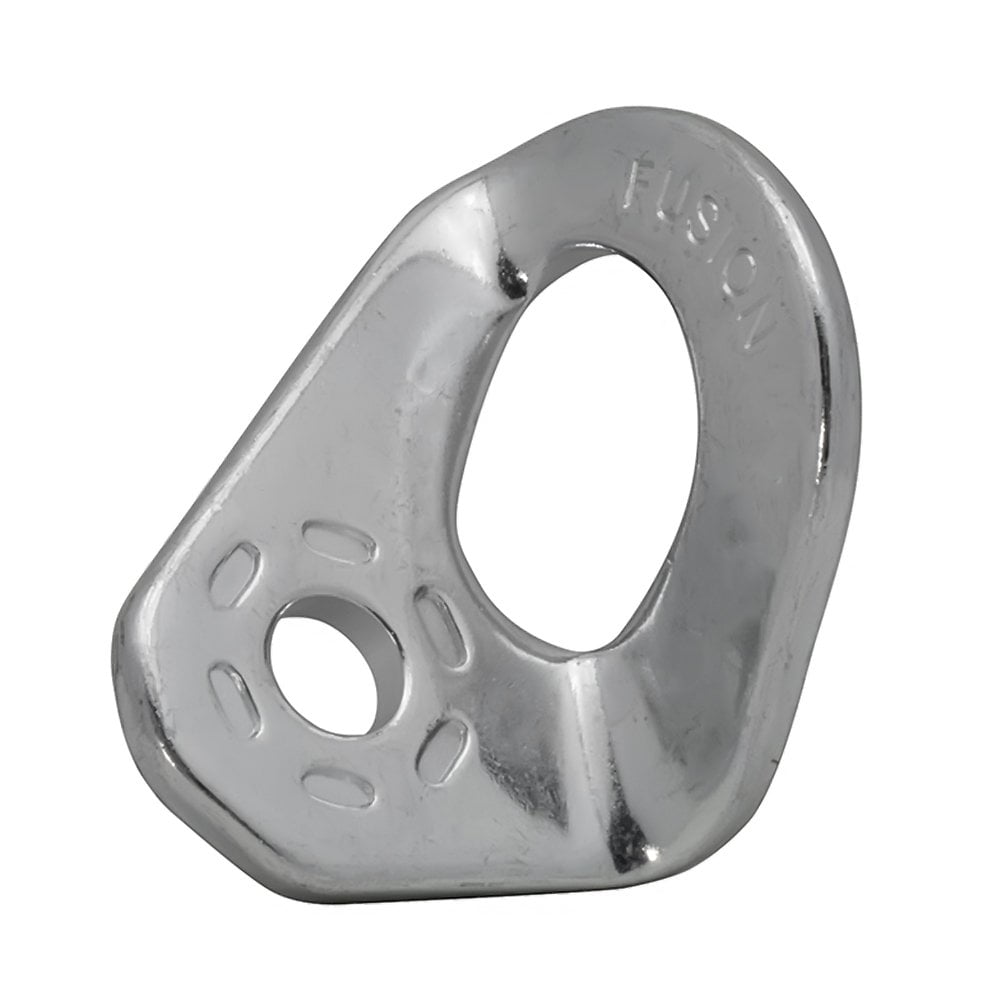 This is one strong bolt hanger.

It’s rated at 30kN, which is way stronger than your quickdraws.

This, of course, really helps its longevity. No amount of heavy abuse will damage this hanger, even if there’s climbers using it all day, every day.

Combine that with the fact that it’s made from high quality stainless steel, you’ve got yourself the longest-lasting bolt hangers that you can buy.

And that’s pretty amazing, considering it’s actually reasonably priced. I find the pack of 10 to be ideal for setting a good length new route without having to stretch your supplies thin.

Sure, you’re never going to be running soft gear directly through a bolt hanger, and the hard edges you find on most of them won’t be damaging to your metal quickdraws.

…However, the smoothed out, rounded edges of these bolt hangers have some nice upsides to them.

First of all, if your rope ever made contact with a hanger during a fall, there’s nothing sharp to cut through your rope. Remember: ropes don’t break, they cut. There have been cases where sharp rocks or even carabiners without smoothed out edges have cut straight through a climbing rope on a bad fall.

Secondly, you can actually double-strand directly rappel off of one to save yourself from having to “donate” a carabiner if you’re bailing off the route.

As long as you’re not having the rope move through the hanger while its weighted, such as if you were trying to lower off from it, you won’t cause damage to the hanger.

Double-strand rappeling off one of these is perfectly fine, unlike your usual bolt hangers where the rope-cutting risk is always present.

Falling causes a huge amount of force to be applied to the bolt, unlike rappelling, which is why you absolutely need to have an equalized anchor made from at least two bolts, in case one ever failed.

The main reason this is useful is not so much about actually clipping in multiple carabiners. It’s more that it makes clipping in with your quickdraws way easier.

You can basically clip in without even looking, because the hanger’s hole is more of an open, round shape rather than the slimmer oval shape you usually see on a bolt hanger hole.

This does wonders for your clipping-in speed, and more importantly, the fluidity of how you clip in. Having your focus distracted by your quickdraw snagging on the hanger as you clip in can increase the chance that you slip before you’ve gotten around to clipping the rope in.

Of course, this is the last thing you want to happen, because slipping off the wall before you’ve clipped in means falling the furthest distance possible, which at the very least, will hurt.

However, there’s also another use for the extra holding capacity of these bolt hangers, and that’s that it makes it much easier to set up a double-strand rappel off of one. You’ll have your harness clipped into the bolt hanger while setting up the rappel, with all slack taken out of the system so that there’s no chance of shock loading your gear if you slipped.

Again, this is super useful because it means you can bolt a difficult route that pushes your grade, and then practice it and improve at it without having to use a bail biner whenever you can’t complete the route.

This basically takes one of the biggest advantages of bouldering and brings it right on over to lead climbing.

These Fusion Climb bolt hangers are suited for stainless steel bolts of size 10mm or 3/8th of an inch in diameter. Click here to view them on Amazon. 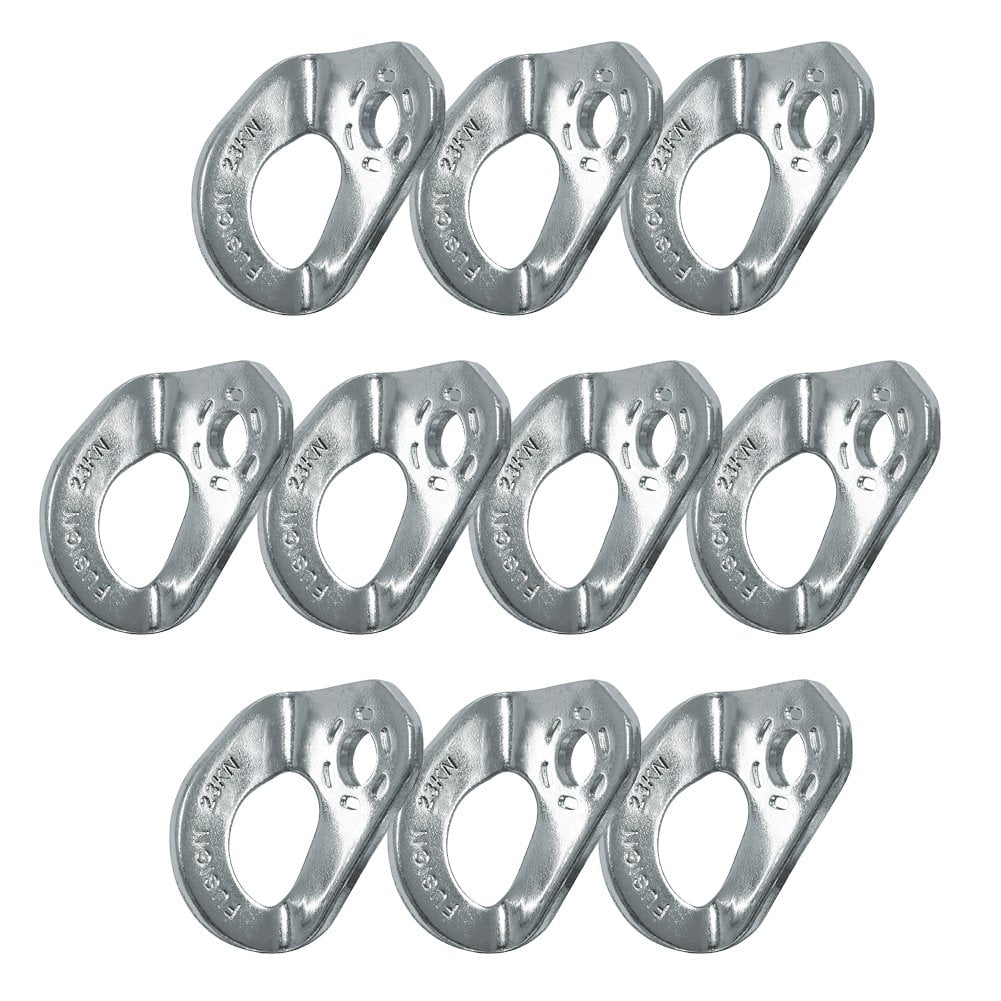 Yep. Your eyes aren’t deceiving you.

These are the exact same bolt hangers as the “best overall” one, except you should get these if you happen to already have plated steel bolts.

However, there’s no point wasting money if you already have zinc plated steel bolts on hand, so just get a pack of these to use with them for now, and switch to stainless steel when you’ve used them all up.

These also come in a 12mm bolt hole size, for 12mm bolts. If you’re wondering if a bigger bolt is safer, the answer is “no.” The difference is negligible, and climbing bolts are stronger than the surrounding rock anyway.

Other than that, when the bolts have become corroded after many, many decades of weathering, bigger bolts are just much as in need of replacement as the standard 10mm size ones are.

Go for the standard 10mm bolt hangers to save a bit of money, unless you’re trying to use up 10 spare 12mm bolts you have lying around for some reason.

The Best Hangers for Reducing the Visual Impact of Bolting: The Metolius Enviro 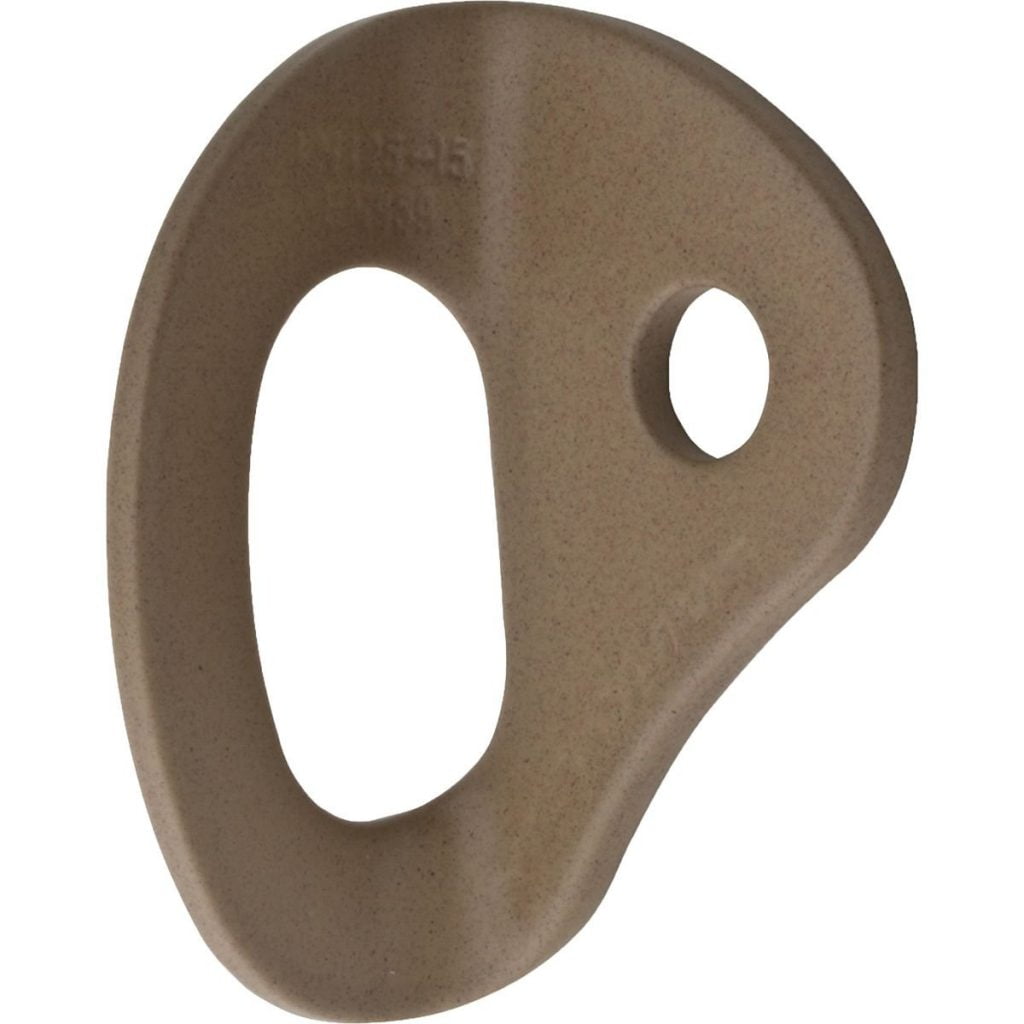 Every climber appreciates the beauty of natural rock formations, but unfortunately, it isn’t standard practice to leave the rock as unaltered as possible.

Sure, bolt hangers are more of an eyesore in some places more than others, but at the very least you can always see them. They take away from the natural beauty of the rock, and I’d even say it makes it easier for future climbers to follow in your footsteps and not take the approach of leaving as little trace as possible.

“How could placing metallic-looking bolts on natural rock possibly cause that?” you might be wondering.

Well, it’s called Broken Window Theory. It’s the idea that if a place is already being shown signs of disrespect towards it, such as with a house with broken windows, then people are much more likely to continue to show disrespect for it.

As you might imagine, these hangers come in colors that are designed to be the best way to blend in to the widest range of types of rock out there.

There’s the sandstone colored one that excels in desert environments, and the grey one which does a superb job of blending into practically every other kind of rock out there. 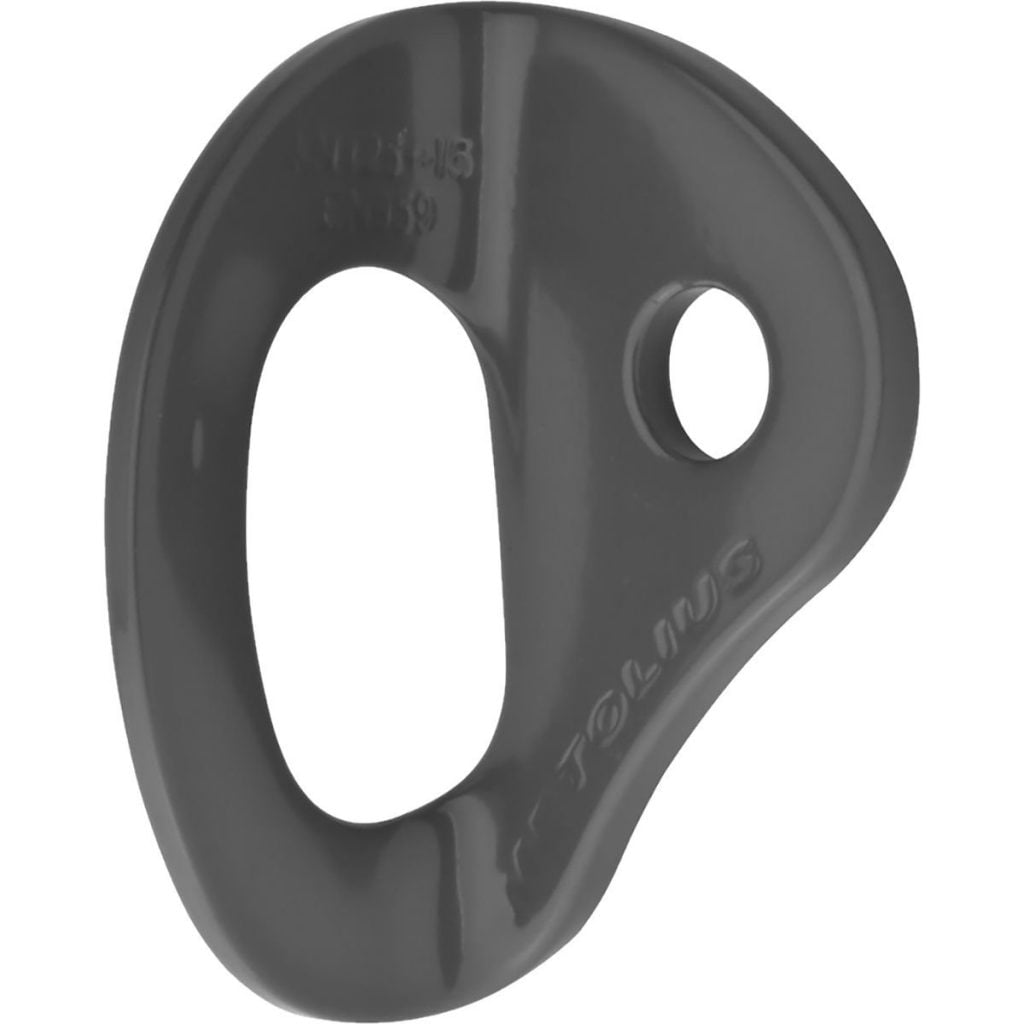 The powder coating over these stainless steel bolt hangers is designed to withstand the huge forces applied to it from quickdraws being yanked against it from falls without wearing away.

After all, there wouldn’t be any point in a bolt hanger designed to blend in if it started turning bright silver after being used as intended.

In case you’re wondering, these bolt hangers are powder coated in order to achieve the right texture for them blend in with the rock properly. You can click here to view them on Amazon.