It’s a pretty safe bet to say Janja Garnbret is one of the best climbers in the world right now.

With a title like ‘the golden girl of sport climbing’, it’s no surprise she’s one of the favorites for Tokyo 2020.

This Slovenian climber had a pretty impressive start when she entered the IFSC Lead Climbing World Cup, placing 7th overall. Pretty damn impressive for a 16-year-old, not to mention it was her first world cup!

Just imagine the nerves! You’re on a world stage now competing against your climbing heroes and the best in the world.

She carried on to win the “La Sportiva Legends Only” a bouldering competition in the same year, she won out against some other notable climbers like Anna Stöhr and Shauna Coxsey.

The following year Janja came back with a fierce determination and managed to place in pretty much every comp she entered.

By the time the next world cup rolled round she was much better prepared. After a year of hard training and competing, she managed to swipe gold in both Lead and Combined!

When called to defend her world cup titles next year she did one better, not only did she get gold in Lead and Combined again, she also took silver in the bouldering world cup.

Talk about raising the stakes! Janja went all in and held nothing back blowing away spectators with her strong performance.

While climbing indoor competitions and outdoor routes and are two completely different styles of climbing, Janja has managed to still excel at both.

She has managed ascents like the 8b Avatar in Croatia at 16! Then the same year she moved onto 8c+ which is pretty crazy when a few decades ago 7b+ was seen as the limit to climbing.

Most climbs at a professional level can take weeks, months, or years before the athlete is able to ascend the route.

So one test pro climbers can use to check their skills is to go for a flash. A flash is where you finish a climb first try without attempting it before, but you can get advice/beta from other climbers who have tried the route.

Flashing can be called the ultimate test of a climber’s natural ability. It requires you to dig deep and trust your instincts. Routes at that level require each move to be pulled off almost perfectly in order, to ensure you are in the right position or have enough strength to complete the route.

But the hard part is only being able to attempt the flash once. So if you fail that’s it. You can never again try to flash the route.

The pressure on ascents like this must be almost unbearable. Knowing that one wrong move can cause the failure that will last you a lifetime.

Despite the pressure and difficulty of the climb, Janja managed to flash La Fabelita which is a pretty damn hard 8c. It looks like the advice she got given from fellow Slovenian Mina Markovič helped, as it’s been said she made the route look almost easy.

But this is all in the past for Janja, goals she has already conquered. With the Olympics in sight, a new goal has emerged for all competition climbers. With this new goal also comes a new format.

For those of you not up to date on the new climbing format, climbers who would normally only compete in 1-2 disciplines like lead and or bouldering, now have to also compete in the third discipline which is Speed Climbing.

This creates a new dilemma for Janja and most other climbers. Some pros had never even tried speed climbing before this change and starting to train for it now gives them no way near enough time to get to a level needed for the Olympics.

The reasoning behind this change is climbing only has 1 medal and it would be unfair to pick one of the other disciplines over the others.

Despite these new challenges, Janja still won even with the tough competition in the IFSC World Championships which adopted the Olympics style for the first time in 2018.

She claimed gold in the Bouldering and combined, but didn’t manage to place gold in the finals for the lead climbing.

Battling with Jessica Pilz, Janja narrowly missed out on coming first place due to being 11 seconds slower to finish the final problem. Talk about a close call!

Janja also got gold in the World Cup Lead climbing and combined events making it the second time she has won both the World Cup and World Championships.

With so many achievements under her belt, it’s no surprise that Janja Garnbret (climbing’s golden girl) is expected to do extremely well at the Olympic games. 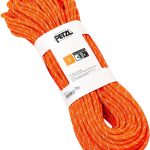